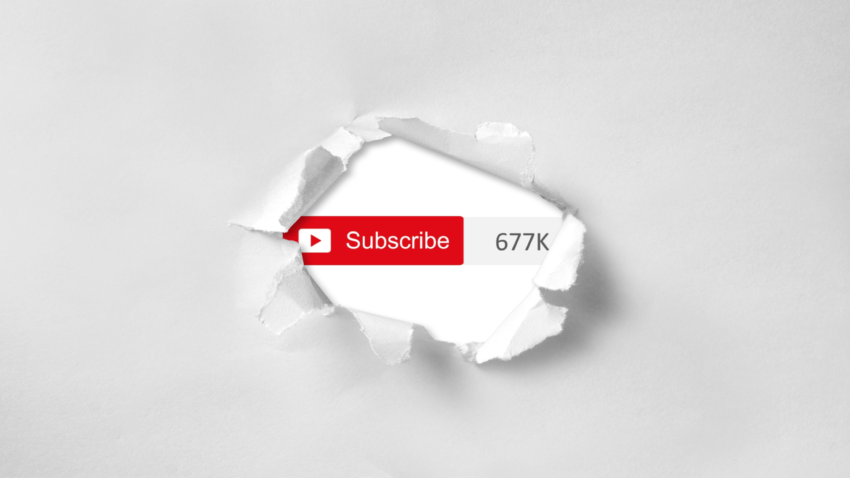 What is a “Public Increment?”

For a quick refresher, here is how YouTube explains it:

Why The Change? Why Now?

According to YouTube, this update is in the best interest of its users:

“Beyond creating more consistency, ​this addresses creator concerns about ​stress and ​wellbeing, specifically around tracking public subscriber counts in real-time.​ ​We hope this helps all creators focus on telling their story, and​ experience less pressure​ about the numbers.”

This shift comes after an avalanche of media focus on subscriber counts.

For example, some of you may remember the James Charles vs. Tati scandal we wrote about earlier this year. At the same time, several media outlets lead with headlines citing James Charles’ subscriber losses in this YouTube feud.

Other major platforms have also taken notice of how damaging or discouraging this competitiveness can be for young creators and have begun tests to remove metrics that promote direct comparison to peers.

This past summer, Instagram began testing the removal of likes and video views on posts in seven countries for a similar “user’s best interest” reason.

Instagram explained, “We want your friends to focus on the photos and videos you share, not how many likes they get. You can still see your own likes by tapping on the list of people who’ve liked it, but your friends will not be able to see how many likes your post has received.”

Facebook jumped on this trend last week by announcing they are testing the removal of like counts on posts, beginning with Australia.

What is The Immediate Impact For You?

The immediate impact of these changes should be somewhat minimal whether you are a brand, creator, agency, or casual user.

Why? Because you will still have access to exact numbers in the backend of your account. You will only be limited in seeing OTHER channel’s exact subscriber counts but will still be able to get a general sense of the size of those other channels.

However, because YouTube has also abbreviated subscriber counts in their API (Facebook or Instagram have not confirmed their changes will affect the API at the date of this article), anyone using a third-party reporting tool will only see their abbreviated counts.

Another thing to watch out for is that subscriber growth over time will now appear in increments. If you see a channel jump up 10,000 subscribers in a day, they likely did not gain all 10,000 in that day but rather hit the next YouTube “Public Increment.”

VideoAmigo anticipated this abbreviation from YouTube and adjusted our charts to auto-rank by views instead of subscribers so those rankings you use are still based on an exact measure.

Could There be a Long-Term Impact?

So far there is no indication that YouTube will be making any further changes. Nor is there any confirmation that Facebook or Instagram will roll-out the removal of likes worldwide at this time.

Overall the change in philosophy has been met with a mixed reaction. Some are supportive and welcoming, others fear it may limit their ability to make a living as “creators” or “influencers,” and some find it is just another measure of control to restrict transparency by major platforms.

It is yet to be seen if influencers on Instagram and Facebook will see a drop in brands who approach them as a result of the lost public like counts, and if those losses will lead to an increased dependency of those influencers on networks, agencies, or platforms to show brands their true engagement counts.

For now, it is likey each platform will watch the changes sink in, review the impact, and then evaluate if any further adjustments are needed.

What do you think about YouTube’s abbreviated subscriber count? How has it impacted you? Tell us in the comments!